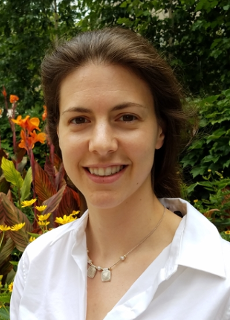 Erica Korb runs a lab in the Department of Genetics and is a member of the Penn Epigenetics Institute. Erica received her B.S. from Yale University in Molecular Biology and worked as a research assistant at both Yale and the NIH. She received her PhD from the University of California, San Francisco in neuroscience where she worked with Dr. Steve Finkbeiner. She then went on to the Rockefeller University for her postdoctoral training under Dr. C. David Allis. She has won several awards for her work over the years including the Alfred P. Sloan fellowship, the Klingenstein-Simons young investigator award, the NARSAD young investigator award, the NIH Pathway to Independence Award, and the F32 and F31 Fellowship Awards. Outside of the lab, Erica enjoys playing an eclectic mix of sports including cycling, ultimate Frisbee, and fencing. 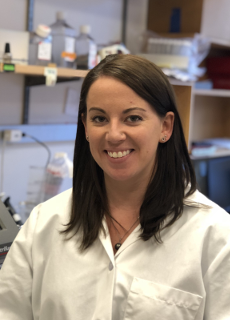 Kate Palozola received her B.S. in Biology from Denison University and then worked as a research specialist at the University of Pennsylvania. She received her Ph.D. in Cell and Molecular Biology from the University of Pennsylvania where she worked with Dr. Ken Zaret. Kate was awarded the 2018 Tom Kadesch Prize from the Genetics Department for excellence in research and leadership during her graduate studies. She then went on to work for Dr. Jean Bennett at the Center for Advanced Retinal and Ocular Therapeutics where her work was funded by the Brody Family Medical Trust Fund Fellowship for Incurable Diseases. Outside of the lab, Kate enjoys pottery, traveling, and playing with her dog, Charlie. 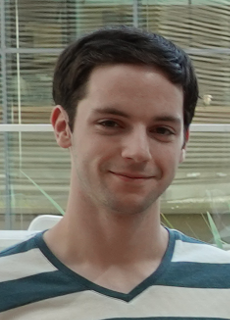 Sean received his B.S. in Neuroscience from the University of Michigan. In the lab, he is interested in aging-related disorders including neurodegeneration and how they relate to the field of epigenetics. Outside of lab, he enjoys going out for all-you-can-eat sushi and playing sports including soccer and volleyball. 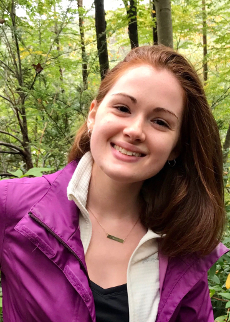 Emily is a PhD student in the Neuroscience Graduate Group. She received her B.A. in Neuroscience from Barnard College in 2015. After graduating, she went to the Rockefeller University where she worked as a research assistant in the lab of Dr. Sidney Strickland. In the Korb lab, her work looks at how histone variants in the brain affect everything from cells to behavior. Outside of lab, Emily likes to spend time with her two dogs, Toby and Milky, and is on a quest to master the NYTimes crossword puzzle. 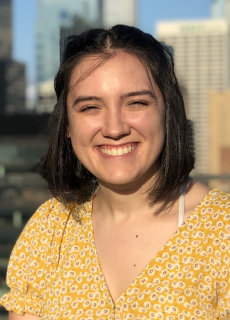 Marissa received her B.S. in Biology from Bridgewater State University. She is currently a PhD student in the Neuroscience Graduate Group at Penn. Her research interests are in understanding how epigenetic modifications in the brain impact neuronal function and when altered can lead to disease. Outside of the lab, she enjoys traveling, walking with her dog Linus, and caring for her plants. 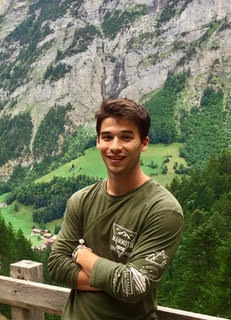 Sam received his B.S. from the University of California, San Diego in Biochemistry and Cell Biology and worked in the neurobiology department of The Scripps Research Institute as an undergrad. In lab, he is interested in exploring the mechanisms behind neurological disorders. Outside of lab, he enjoys all things outdoors, especially climbing and running. 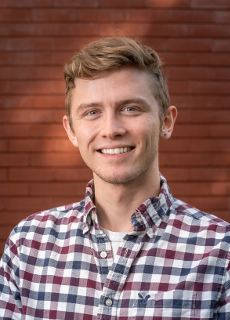 John received his B.A. in Neuroscience and Behavior from Vassar College (‘19). In his undergraduate research, he conducted research in Fragile X Syndrome, social behavior, and maternal programming. He is interested in the neurobiological underpinnings of intellectual and developmental disability and pursuing a career in pediatric neurology. Outside of lab, John likes music and volunteering with individuals with IDD. 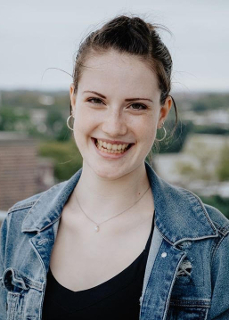 Éloïse is currently studying Biochemistry at Penn. She is part of the Roy and Diana Vagelos Scholars Program in the Molecular Life Sciences, an integrated science program designed to provide undergraduates with deep engagement in scientific and research experiences. Outside of the lab, Éloïse enjoys dancing, cooking, and playing guitar. 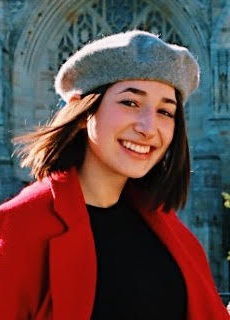 Ellie is an undergraduate at Yale University, majoring in Biomedical Engineering. During her summer with the lab, Ellie designed a graphical schematic to illustrate the lab’s findings. She is interested in applying technology to autism research in the form of medical devices. She enjoys finding creative ways to include art and design with her science research. 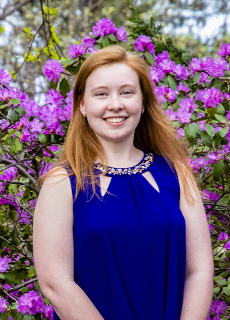 Melissa received her B.S. in Biotechnology and Molecular Bioscience from Rochester Institute of Technology. She received her masters degree in the Korb lab, examining epigenetic modifications and how they relate to neurodevelopmental disorders. 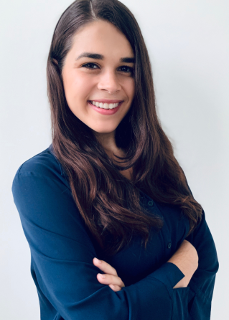 Kiara is an undergraduate at the University of Puerto Rico - Humacao, majoring in Microbiology and minoring in Chemistry. During her summer internship in the lab, Kiara studied how mutations in epigenetic proteins affect neuronal structure and helped develop computational pipelines to analyze and visualize next-generation sequencing datasets.